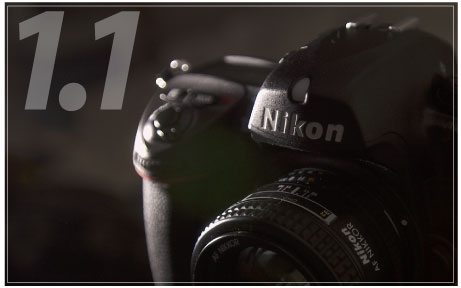 Toronto, ON - March 16th, 2004 - We are happy to announce that version 1.1 of ITP is now available for download by the public. ITP is a FTP server that is specifically designed to optimize photographic workflow, with features such as batch renaming, automatic directory generation and more. This package is especially targeted at users of Nikon's WT-1 wireless transmission device, allowing images to be organized the moment they are received by the computer.

In addition to the features of it's predecessors, version 1.1 now adds an assisted WT-1 configuration utility to simplify setup of the device. Since ITP can extract many of the network configuration details directly from the host computer, it is able to fill out most of the settings on its own - vastly simplifying the configuration process. This helps users who may not be familiar with the intricate details of TCP/IP networking to configure their transmitter quickly and easilly. ITP will also perform a quick audit of network settings prior to being saved in order to warn users of common mistakes. This allows users to identify mistakes early, and save countless trial and error debugging steps later on.

Furthering this support, ITP will also help manage multiple .wt1 configuration files on the host system and upload them to cards automatically. This allows users of all levels to more efficiently manage their WT-1 and avoids the need to manually shuffle files back and forth from their CF cards. Users can also import .wt1 files that they have previously created into the library where they can be managed and tracked by the server.


Pricing and Availability:
As before, ITP 1.1 is being offered as freeware to the public. Commercial versions with additional automation features will follow shortly, however all current versions of ITP and PocketITP are free for anyone who is interested. For more information and to download ITP 1.1 please visit the following website:

ITP is currently only available for Windows (98, ME, NT, 2000, XP and 2003) and PocketPC* (PocketPC 2002, WM2003) platforms. A Mac version is planned, however it will be produced after the commercial version is released in order to make enough money to purchase an Apple machine to do the development on.

*PocketITP is currently still at version 1.0, a version 1.1 upgrade for it will follow the desktop version shortly.

Over the last few months, we have assisted many people in setting up their WT-1s and as such have seen many issues that people have had problems with. ITP 1.1 is, in part, an effort to help remove many of the stumbling blocks that caused people problems - making their experience with setting up the WT-1 much easier. We aim to make the setup of this device as simple and intuitive to setup and use as people are used to with traditional photographic equipment.